Advocacy for the problems in Khoni 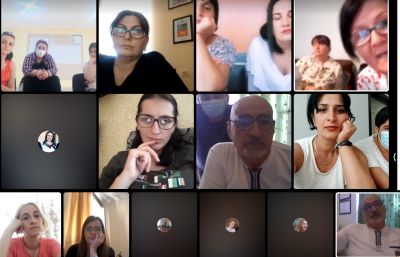 The second group of women also started advocating the problem. They demand to whitewash the trees in the IDP village. The online meeting with them was attended by Deputy Mayor Manana Gopodze and other representatives of the City Hall. They hope that, with the support of the City Hall, the problem they raise, will be resolved soon.

September was special for Khoni youth initiative group. They are successfully implementing a small project "We love Abkhazia" within the framework of the sub-grant program.