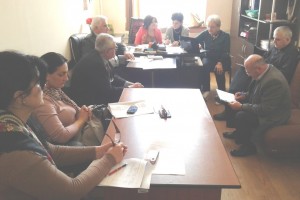 Work of Kutaisi Gender Advisory Council (GAC) is transformed into an active phase. By decision of majority, GAC was formed as a non-entrepreneurial, non-profit association.
Since April starts a project funded by the Fund "Sukhumi" and the City Hall of Kutaisi "Gender education in preschool".
Project is envisaged for five months, and it will contribute to the education of gender-sensitive generation in the system of preschool education. 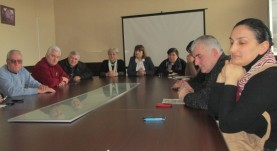 The project is implemented with the support

of the UN Women’s Fund for Gender Equality

Solidarity of women - a common theme of mobilization meetings 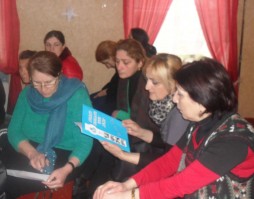 Meetings were also held in the village of Khorshi (Senaki Municipality) Ternali (Tskaltubo Municipality) and Gocha Jikhaishi (Khoni municipality).
The meetings extended range of activities of WSCs and increased the number of women beneficiaries.
The project is implemented with the support of the organization Brot
für die Welt – Evangelischer Entwicklunsdienst (Germany) 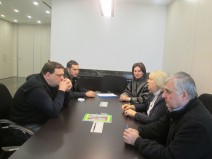 On March 20, an informational meeting was held with Vice-Speaker of the Parliament of Georgia - Gubaz Sanikidze (in the framework of the project “Change of the policy of local government regarding gender budgeting”).
Head of Fund "Sukhumi" and members of Kutaisi Gender Advisory Council (GAC) introduced Gubaz Sanikidze with the work of GAC, talked about the need to introduce a gender component in the process of education - especially in early childhood education. 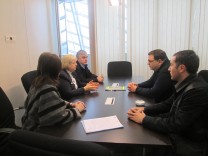 It was noted the importance of local government policy change, to gender budgeting.
Vice-Speaker declared the participants of the meeting support in their activities 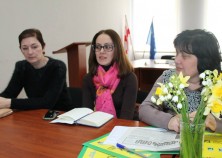 Ordinary meeting with journalists of Senaki was held in conference-hall of Sakrebulo. It was attended by representatives of the GAC project “civil education for gender equality and healthy environment in Senaki pre-school unity”.

The project is carried out with support of Senaki Municipality local self-government and fund “Sukhumi”.

Participants of the meeting, members of the GAC, talked about creation of the project, about work-shops and results of gender equality in kindergartens, domestic violence and problem of sanitary.

The young parents mentioned that they participated in such meetings for a first time and with the help of similar work-shops they realized importance of gender education.

The journalists better saw their role in direction of gender policy influence of the town.