Completion of the needs research

1000 respondents were interviewed through the questionnaires, 24 in-depth interviews and 24 focus - group meetings were held for qualitative research.

In May, the systematization of the research results will be held, and this will become the basis for the analysis. In frames of the project, it is also envisaged to develop a plan and further work to advocate the needs of local target groups at local and central levels.

Meeting of the Women Initiative Group was held in the village Pakhulani (Tsalenjikha municipality). The meeting discussed the tools of the Gender Responsive Early Warning System, the main stages of its implementation, as well as the components of human security. Emphasis was placed on studying the needs of women and participants were selected to conduct the research (focus groups, in-depth interviews and questionnaires).

On the same day, a similar meeting with a youth initiative group was held in school # 2 of the village Lia (Tsalenjikha municipality). The children also wrote essays on the topic of Abkhazia and sent messages to Abkhazian peers. Three members of this group shared the knowledge gained at the common training of the initiative groups with friends. 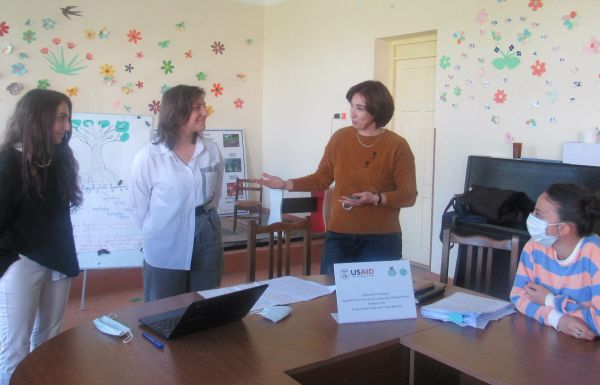 The meetings of three initiative groups were held in Zugdidi municipality. One group of women was formed in Zugdidi, and the second united women living in two villages - Koki and Khurcha.

The main topics of the meetings were: meaning of the Gender-Responsive Early warning System, its components and stages of implementation. Participants received detailed information about the research. The aim of the research is to study the interests of women from different vulnerable groups.

The third initiative group includes only young people. The group was created in the schools of the village Koki. The activity of the students is special. The members of this group, who passed training organized by the Fund "Sukhumi", shared with their peers the knowledge they gained about the Gender Responsive Early Warning System. 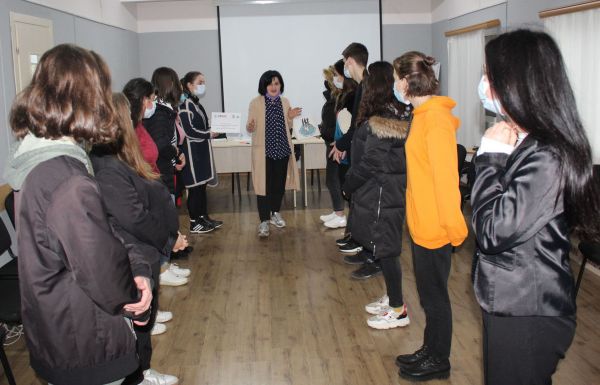 - What does early conflict prevention mean, how to react according to the components of human security, what kind of dangers do the young people feel - these and other questions, using thematic exercises, were discussed with Senaki youth group.

According to young participants, low level of education, the problem of employment, the migration of women, and the social background is dangerous. In their opinion, every person perceives danger differently, and the response mechanism should also be appropriate.

The second meeting was also devoted to this topic - with members of the women initiative group: what is the early conflicts prevention system and how important is its application in a gender prism. Group members will take part in the research - they learned about the techniques and skills of conducting focus groups and in-depth interviews. 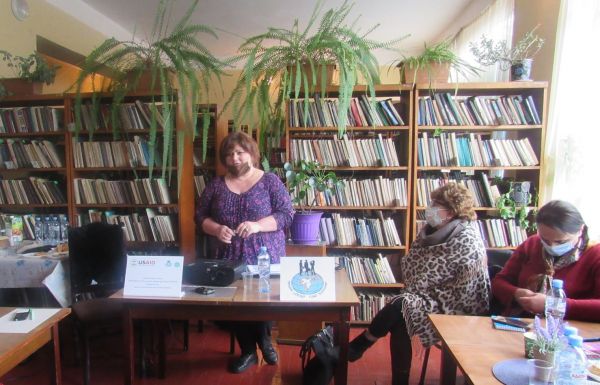 Meetings of Women Iitiative Groups and youth were held in Kutaisi on the topic “Gender-Responsive Early Warning System ”. At the beginning of the meeting, the participants of the general training of initiative groups spoke about this system as the best way to avoid conflict (groups were also created in Khoni, Tskaltubo, Senaki, Zugdidi, Tsalenjikha, and 2-3 members from each group participated in the training).

Through the presentations, the participants of the meetings got acquainted with the main stages of the early warning system and response to them, with the essence of human security and other important issues.

At the end of the meetings, it was noted that, Kutaisi initiative group together with the initiative groups of other municipalities, will conduct a research of the population human security and gender needs. 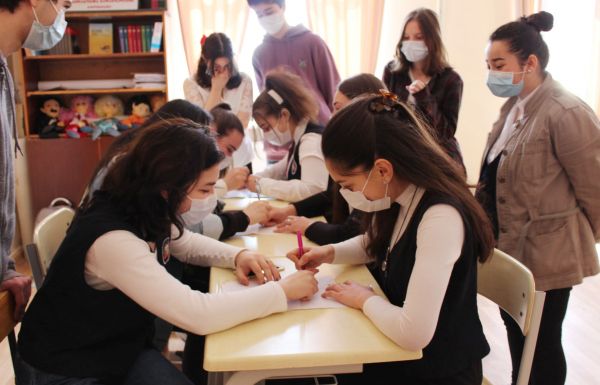 A meeting with a youth initiative group was held in Tskaltubo municipality. With the help of role- games and thematic exercises, the participants discussed the following issues: early conflict prevention, components of human security in a gender perspective. They expressed interest in the topic during the analysis of role- games.

The second meeting was held with members of the women initiative group. They listened to information about research techniques and skills and will be involved in the research process, the purpose of which is to study the interests of different vulnerable groups in terms of human security components.

On April 6, a meeting with one initiative group of women was held in Khoni City Council  and the other - in the House of Culture.

First speech was presented form the side of training participants (6 women out of this group participated in the training, which was held in Sairme) and they shared their impressions with the group members.

Then there was a presentation on "Gender Responsive Early Warning System." The participants of the two meetings got acquainted with the essence of this system and human security. At the end, they received information about the research "Assessment of the quality of population human security and gender needs", also the participants, who will carry out this work were selected.

Meeting with participants of the research

In the framework of the new project “Women`s participation in the process of building trust and sustainable peace has been strengthened”, the needs research of women and IDP girls and victims of conflict has started in target municipalities.

During the meeting with the fieldworkers, information on important details of future activities was exchanged.

The geography of the research is 6 villages on the conflict dividing line and in Zugdidi. During the research, quantitative and qualitative information will be collected.

Women and Youth Initiative Groups have been created

Fund "Sukhumi" started working on the project “Bridging the Gap: People to People Initiatives for Conflict Resolution”. According to the project, Women and Youth Initiative Groups have been formed in Kutaisi, Tskalutbo, Khoni, Senaki, Zugdidi and Tsalenjikha municipalities. Each group is composed by 20-25 members.

Women and youth groups will work in parallel and will be involved in the activities envisaged under the project - studying the needs at local level and advocating for problems. The members of the group will pass special trainings, educational seminars, which will serve to increase their competence and strengthen civic activism. The work of the initiative groups is an important component of the project, which will create an opportunity for the implementation of new initiatives and will contribute to improving the level of tolerance in society.

Meeting regarding the needs of population, affected as a result of the fire in Gali District

New project for the youth