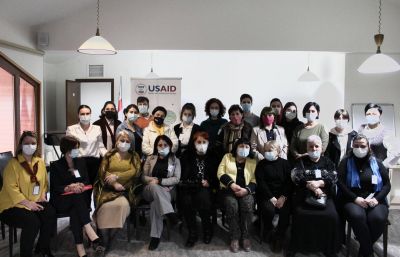 First activity of the project “Bridging the Gap: People to People Initiatives for Conflict Resolution” was held in Sairme on March 27-28. These were two trainings, which were carried out for two groups on one important topic "Gender Responsive Early Warning System (GREWS)". Members of women and youth initiative groups created within the project from Kutaisi, Tskaltubo, Khoni, Senaki, Zugdidi and Tsalenjikha municipalities participated in the trainings. Using the information obtained during two days, the members of the initiative group will be involved in the process of research, which is planned in the target municipalities.