Meeting of the working group in Lanchkhuti 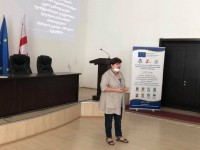 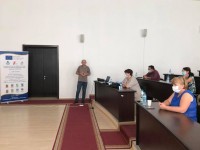 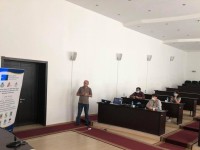 Within the framework of the project “A common forum for #CSOs from Guria, Imereti and Racha-Lechkhumi for PAR Roadmap monitoring” with the participation of the partner organization Imereti Scientists Union "Spectri” the third meeting was held with the members of project group in Lanchkhuti municipality (Georgian Rural Hall and Lanchkhuti Informational Center) and the local working group: representatives - of civil society, local self-government and various stakeholders in Lanchkhuti Municipality.

Working group members were actively involved in the discussion. Problematic issues in the municipality were discussed and priority measures for the advocacy campaign were identified.