"Citizens' participation in the implementation of local self-governance" - training with members of Khoni Women Initiative Group.

The training was held on the background of active discussion.

Lawyer Tamuna Pachulia talked about this and many other issues. 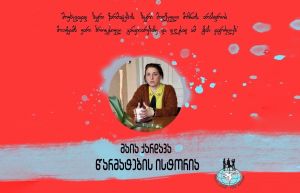 After the war in Abkhazia, they moved to the village, she graduated from school and became a student of Ivane Javakhishvili Tbilisi State University Sukhumi branch on the Faculty of Physics and Mathematics.

She started working as a computer technology teacher at the school and at the same time at the non-governmental organization "GEA XXI".

Her first project was approved by the “Global Fund for Women”. The aim of the project was to help IDP women from Abkhazia, residing across the river.

It was followed by the competition announced by the Danish Council to support the financial empowerment of the vulnerable population and one more victory. Prefabricated machines for the production of metal-plastic doors and windows, which were purchased in frames of the project, are still one of sources of income for the family, under the constant monitoring and updating.

At the same time, Maia Kardava's family cares for 350 roots of Italian walnut and lives with the real life of the village.

"Citizen participation in local governance" - this topic was discussed with the members of Kutaisi Women Initiative Group.

Legal acts, principles of self-government financing according to the European Charter, self-governmental unit and its powers. These and many other issues were explained by lawyer Tamuna Fachulia (Tamar Pachulia).

The participants got acquainted with the work of the website of the Digital Resource Center of the services for Victims of Violence (https://sosfsokhumi.ge/).

One of the participants of the Women Club - Natia Jimsheleishvili talked about her success story, the way she passed - how she achieved success. 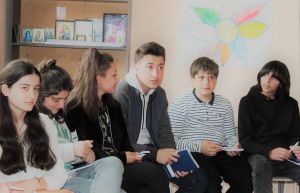 "Stereotypes and Tolerance" - training on these issues was conducted with the youth group of the village Didinedzi.

These are the topics that we often face in everyday life, however the true meaning of the terms and the history of their origin is not known for everyone, this topic was discussed by the trainers of the Fund "Sukhumi" Lali Shengelia and Anzhela Chikhladze.

The involvement of children was very high, they were actively involved in the discussion and expressed their positions. 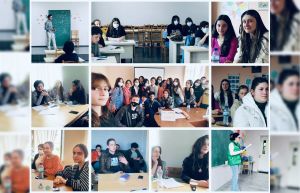 Khoni, Kutaisi, Tskaltubo, Senaki, Zugdidi and Tsalenjikha - these are 6 target municipalities, in which the process of implementing youth projects is underway.

The members of the initiative groups have already held informational meetings, discussed various ideas and selected two of them, that will be implemented as a project.

Submission of project applications for discussion by the competition commission has already started. ...

"Women's Participation in Political, Social and Economic Activities - Existing Barriers and Opportunities" The participants discussed the presentation of a report on the systematic date of Quantitative and Qualitative Survey conducted by the Fund “Sukhumi” in Khoni, Kutaisi, Tskaltubo, Senaki, Zugdidi and Tsalenjikha Municipalities, which reflects the public attitude towards women's participation in political and public life and economic activities. The participants had opportunity to express their position and share useful experience.

Civic Engagement - Topic of the Training 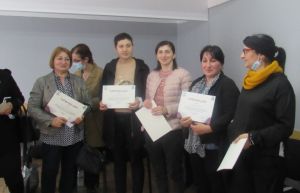 "Civic Engagement and Women Participation" - a training on this topic was held with the members of the Women Initiative Group in Senaki.

The training was conducted against the background of active interaction from the side of the participants. They discussed the reasons of low civic activism. Heard information about the resources for civic engagement at the local level: how petitions are created, what is the purpose of settlement meetings.

According to the participants, the training was informative and productive, based on the information received, motivation and women's involvement will increase.

Another visit of the USAID representatives to the Fund "Sukhumi". 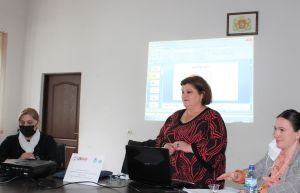 The meeting was attended by local government officials and USAID representative Giorgi Khechinashvili.

There was a presentation of a systematic data report of quantitative and qualitative research conducted by the Fund “Sukhumi” in Khoni Municipality, which reflects the public attitude towards women's participation in political and public life and economic activities.

The research was conducted in Khoni Municipality in December - January 2022. 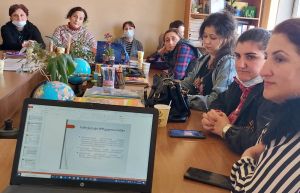 Participation of citizens in the implementation of local self-governance – training on this topic was held for the members of the Women initiative Group of the village DidiNedzi (Zugdidi Municipality). Legal acts, principles of financial support of the self-government according to the European Charter, self-governmental unit and its powers. These and many other issues were discussed by lawyer Tamar Pachulia. There was an active discussion during the training and the participants were given the opportunity to share their opinions and experiences.

The second round of financing the projects of Youth Initiative Groups has started!!! 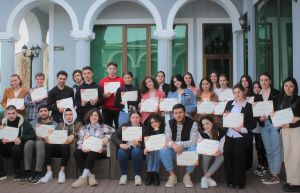 The second round has begun

Developing the skills of young people is one of the priority directions of our work.

How to turn ideas and initiatives into reality, how to plan project activities - a training on these issues was held in Tskaltubo, which was attended by members of the youth initiative group of Kutaisi, Khoni, Tskaltubo, Senaki and Zugdidi.

Trainer Guranda Gvantseladze provided the participants with detailed information on filling in the project application and further project management. The groups also worked on creating the projects.