The Round Tables Series N3 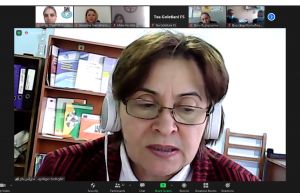 The round table discussions organized by the Women's Fund "Sukhumi" are over. The main goal was to develop municipal services for effective response to issues of gender-based violence - through cross-sectoral cooperation and coordination between the center, the region, and the municipalities.

At this time, the central level was represented by Maka Peradze, Head of the Human Rights Secretariat of the Government of Georgia, and Tamar Tariashvili, Member of the Permanent Parliamentary Council for Gender Equality. Samegrelo-Zemo Svaneti Regional Administration was represented by Nana Kakachia, a responsible person for gender issues.

The main part of the meeting was dedicated to the representatives of Samegrelo-Zemo Svaneti Municipalities, who shared information on the existing achievements and challenges.

The Round Tables Series N2 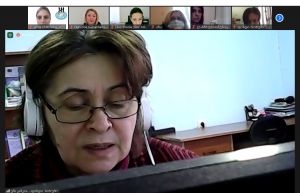 The round table discussions organized by the Women Fund "Sukhumi" continue. This time the meeting was held with participation of the administration of Guria-Adjara State Attorney and local self-government officials. The central government was represented by the Deputy Head of the Human Rights Secretariat of the Government of Georgia - Eliso Shonia.

The participants of the meeting received the information about the experience of the Fund "Sukhumi" in the implementation of gender-oriented policy in local self-government - an expert in cooperation with local self-government - Ema Kamkia was the speaker. She focused on key achievements, challenges that still exist, and possible ways to respond to them.

The Round Tables Series 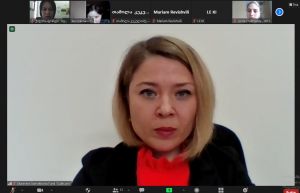 Within the framework of the campaign of 16 active days, the Women Fund "Sukhumi" together with Tbilisi office organizes a series of round tables in cooperation with the Administration of State Representatives of Imereti, Guria-Adjara, Samegrelo-Zemo Svaneti regions and with participation of the representatives of local self-governments.

We firmly believe that similar information-sharing meetings are very important to facilitate cooperation, exchange of information, and coordination between the national and local levels.

The current meeting was held in cooperation with Imereti Regional Administration, which was attended by the Head of the Human Rights Secretariat of the Government of Georgia, Maka Peradze, together with the officials on gender issues of Imereti municipalities. 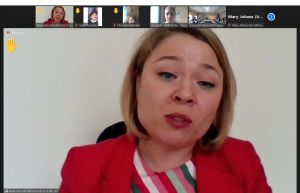 On November 11, 2021, the Interagency Human Rights Council held an online meeting of the Inter-Agency Commission of Gender Equality, Violence against Women, and Domestic Violence. The session was attended by representatives of relevant agencies of the central government, and representatives of international and local civil society organizations. The meeting was chaired by Niko Tatulashvili, Advisor to the Prime Minister on Human Rights.

Participants shared the key individual achievements and challenges that accompany the process of working against gender equality, women, and domestic violence.

Representatives of the Women's Fund "Sukhumi" Tbilisi office also attended the commission. Ekaterine Gamakharia shared the experience of the Fund "Sukhumi" with the participants during the discussion and, despite the short time, focused on urgent needs. In particular: 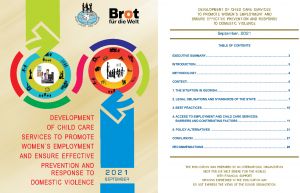 The new Monitoring Report of the Fund "Sukhumi": "Development of Child Care Services - to Promote Women's Employment and Ensure Effective Prevention and Response to Domestic Violence."

An online conference on "Women and Mobility - Gender Aspects of The Women Daily Movement" was organized by the Office of the Public Defender of Georgia and supported by the German Cooperation Society (GIZ). The welcoming speeches were made by: Martina Kolby, Program Director of the German International Cooperation “Mobility for Cities”, Nino Tsilosani, Chairperson of the Gender Equality Council of the Parliament of Georgia, and Niko Tatulashvili, Advisor to the Prime Minister on Human Rights.

Nino Korinteli - a researcher of the Fund "Sukhumi" Tbilisi Representative Office, was actively involved in the discussion. She participated in the online meeting as an independent consultant and co-author of the research. During the presentation, she highlighted the importance of women's economic empowerment (especially for vulnerable groups) and underlined, that despite the Monitoring Report of Fund "Sukhumi" - "Development of Child Care Services to Promote Women's Employment and Ensure Effective Prevention and Response to Domestic Violence" focuses on barriers to the development of childcare services, these two researches combine the emphasis on factors that promote women's economic empowerment (e.g. education, professional growth and employment)and the obstacles (e.g. according to the Fund “Sukhumi” research, restrictions to movement are considered as a barrier in getting education ). 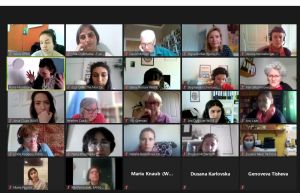 On March 25, Linda Chikhladze, the representative of the Fund “Sukhumi” Tbilisi office, participated in an online webinar organized by the Women Against Violence Network (WAVE) through the ZOOM platform.The event presented a WAVE’s research “Responding to domestic abuse in the context of Covid-19”.

During the webinar, representatives from the participating countries shared their national experiences and discussed the challenges and needs that accompany the process of responding to violence against women/domestic violence during pandemic.

“Municipal Programs on Domestic Violence against Women and Gender Budget” 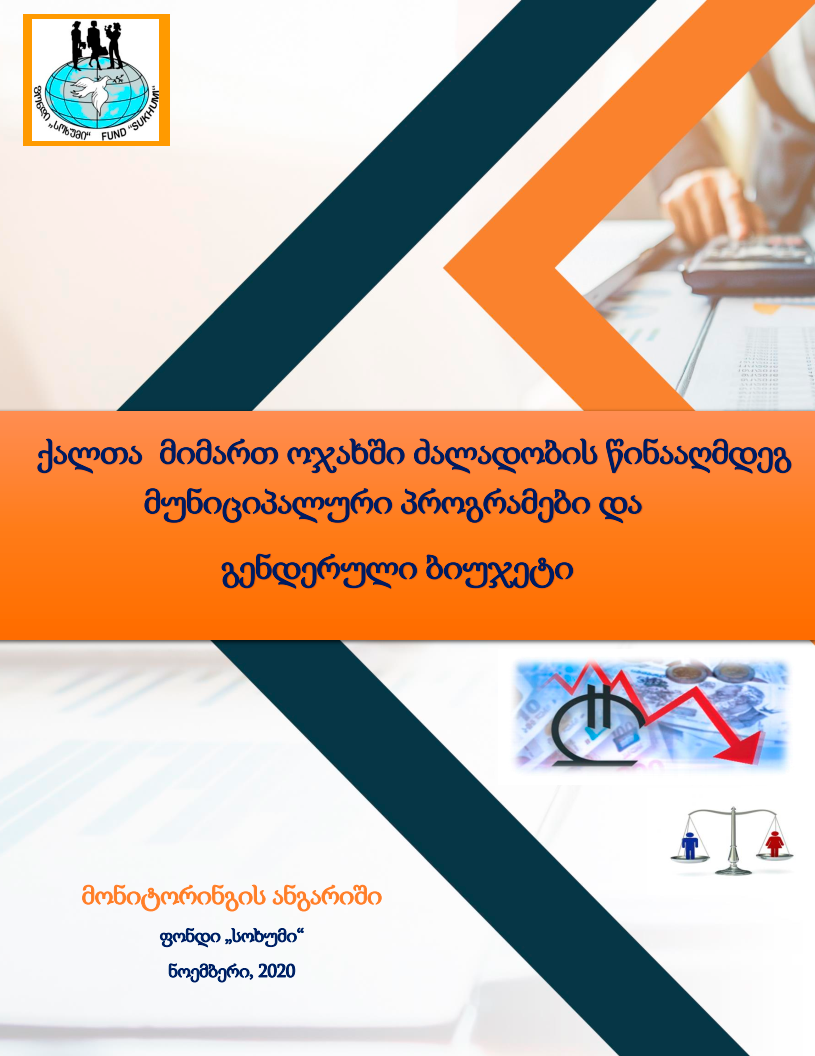 The Fund "Sukhumi" presents a new monitoring report - "Municipal Programs on Domestic Violence against Women and Gender Budget". Within the frames of the monitoring, the municipal programs related to support services for victims of domestic violence in the local government's 2020 budgets and gender equality policies in 12 municipalities were studied and analyzed. The identified challenges and developed recommendations are reflected in the report for the attention of the local, regional and the national governments. 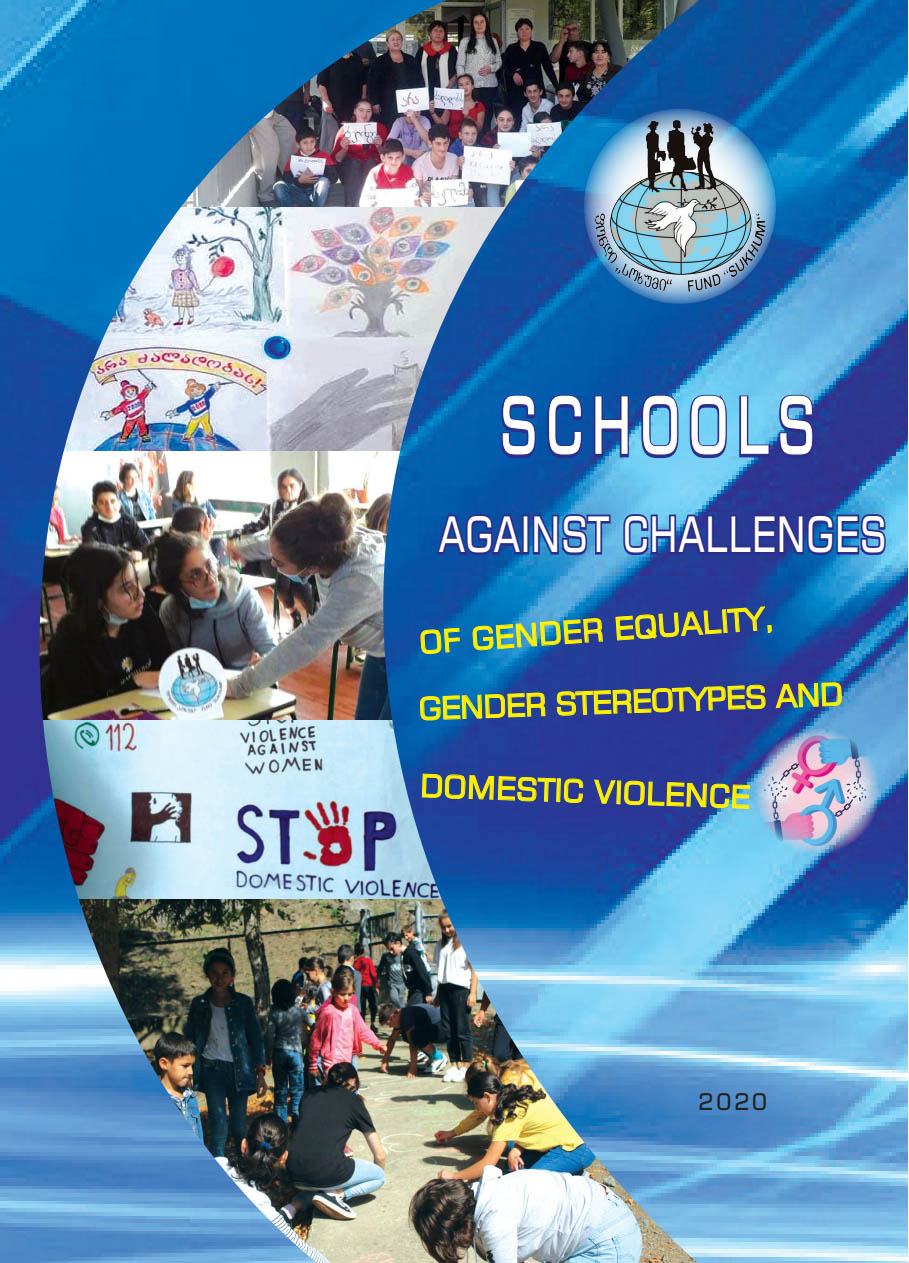 “From teachers I often hear the following phrase: “Girls should not behave like that”, but immediately, the pupil gave the answer: “The behavior has no gender”- these are the words of one school director, given in the publication.

The new publication of the Fund "Sukhumi" analyzes the results of the research, which covered 11 municipalities of Western Georgia (school directors and teachers, representatives of resource centers, NGOs, education and gender experts, parents, former students). The legislative framework was also analyzed, reports and ressearches of local and international organizations on these issues were used.