Training for the group of Khoni 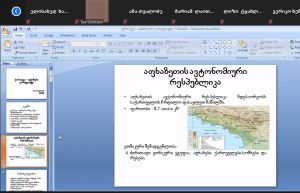 "I received the correct information about the Georgian-Abkhazian conflict."

"I am an IDP from Abkhazia, but I know very little about reasons and duration of conflict. This training gave me the opportunity to learn more. "

“I have heard only about the consequences of conflict. I always wanted to know more about the history of conflict. Thank you for this training and for answering my questions. "

This is a feedback from one part of the training participants. The training was conducted by the conflict expert Keti Vasadze.

“Prehistory of Georgian-Abkhazian conflict, its continuation and consequences”

- the participants of the online training on this topic were members of the Youth Initiative Group of Khoni municipality.

Round table in Khoni 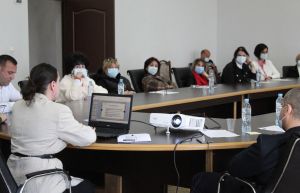 Khoni working group raised important issues at the round table. The meeting was attended by representatives of local government, schools, mass media, as well as social workers and young leaders.

During the round table, the participants were introduced to the effectiveness of the hotline, activated after the implementation of the mini-project. They talked about a code of ethics that will soon take its final form. The recommendations developed after analyzing the monitoring in terms of gender and participatory budget, adaptation of the city hall building and other topical issues were also significant. 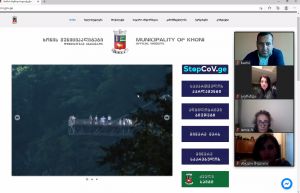 An online workshop regarding introduction of an electronic petition in Khoni Municipality was conducted. The workshop was attended by the administrator of the website of Khoni Municipality, IT specialist, facilitators, who will be actively involved in the planned informational meetings in twelve administrative units of the municipality. Workshop participants were provided with information about the e-petition system: its registration, e-voting procedures, etc. The second part of the workshop was devoted to the issues of system administration. 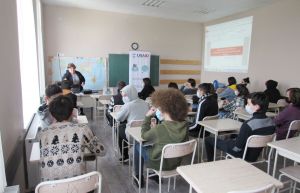 On April 6, a meeting with one initiative group of women was held in Khoni City Council  and the other - in the House of Culture.

First speech was presented form the side of training participants (6 women out of this group participated in the training, which was held in Sairme) and they shared their impressions with the group members.

Then there was a presentation on "Gender Responsive Early Warning System." The participants of the two meetings got acquainted with the essence of this system and human security. At the end, they received information about the research "Assessment of the quality of population human security and gender needs", also the participants, who will carry out this work were selected.

An online petition system - in Khoni 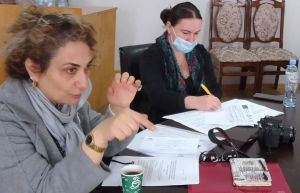 An online petition system is being introduced in Khoni Municipality!

An information meeting was held on April 6, which discussed the importance and necessity of this system.

The members of the working group named the administrative units, where they will hold information meetings with the population according to the plan.

Elaboration of the Code of Ethics in Khoni

Elaboration of the final version of the Code of Ethics is coming to its end – ordinary meetings of the  working group was held in Khoni Municipality, which was attended by the Chairperson of the City Council Valeri Bakhtadze.

This document differs from the Codes of Ethics of other municipalities. It applies not only to public officials, but also to officials with professional, administrative and labor contracts.

The municipality makes important changes in terms of reorganizing the Council, creating thematic groups, choosing their strategies and initiating local programs with target on vulnerable groups. Particularly important for the participants was the question of how the budgetary support of the issues, envisaged in the plan should be carried out, as well as the issue of maximum involvement of the units responsible for the implementation of the plan.

Khoni is working on the implementation of the action plan

The working group met in Khoni City Council for the ordinary meeting. The group members discussed the implementation of the action plan. There are two important issues among those, to be addressed - the development of an anti-corruption plan and a code of ethics. It was decided that, first of all, they will actively work on the code of ethics. A consultation meeting was scheduled and the final version of the code of ethics will be presented at the next meeting. 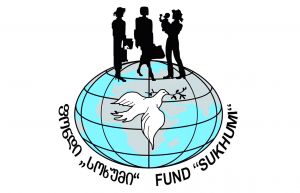 Issues related to new, third monitoring, changes to the questionnaire and report forms - this was the main topic of the online meeting with Khoni Civil Society Organizations - Khoni IDP Initiative Center and Education and Development Center “Edelweiss”. In frames of monitoring, the members of the organization planned meetings with the members of self-government.

The work is carried out in the framework of the project: “A common forum for CSOs from Guria, Imereti and Racha-Lechkhumi for PAR Roadmap monitoring”.