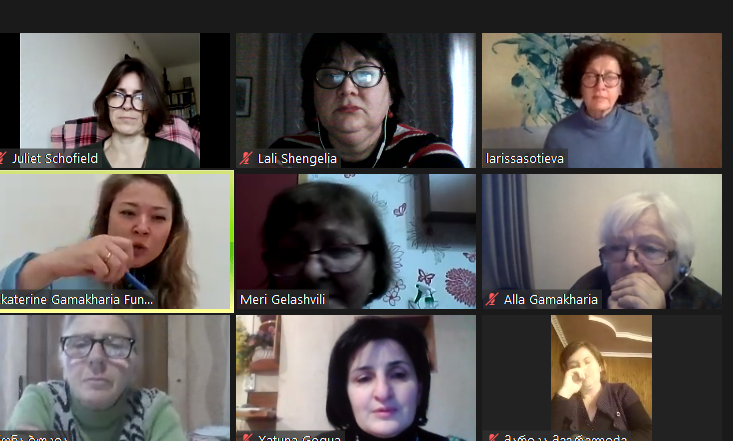 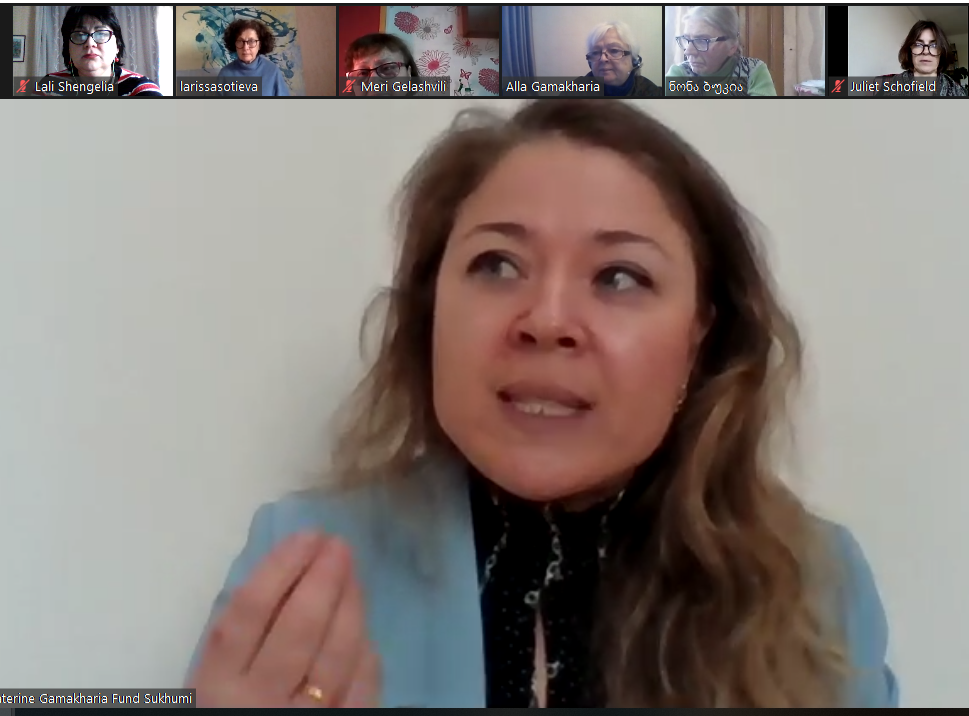 “Gender Responsive Early Warning System” - why this direction was chosen, what is the main goal, what did the project and cooperation with the Swedish Women's Fund Kvinna Till Kvinna give, what is the main achievement, how effective is the work with Abkhazian partners, what are the main difficulties in working process, what is the direction for further work.

These issues, were discussed at an evaluation workshop, which was held in an online format on the initiative of the donor organization on December 14-15. On the first day, the Georgian and Abkhazian groups separately assessed their work, on the second day, a joint meeting was held with the exchange of information, an assessment of what has been achieved and an emphasis on future prospects. 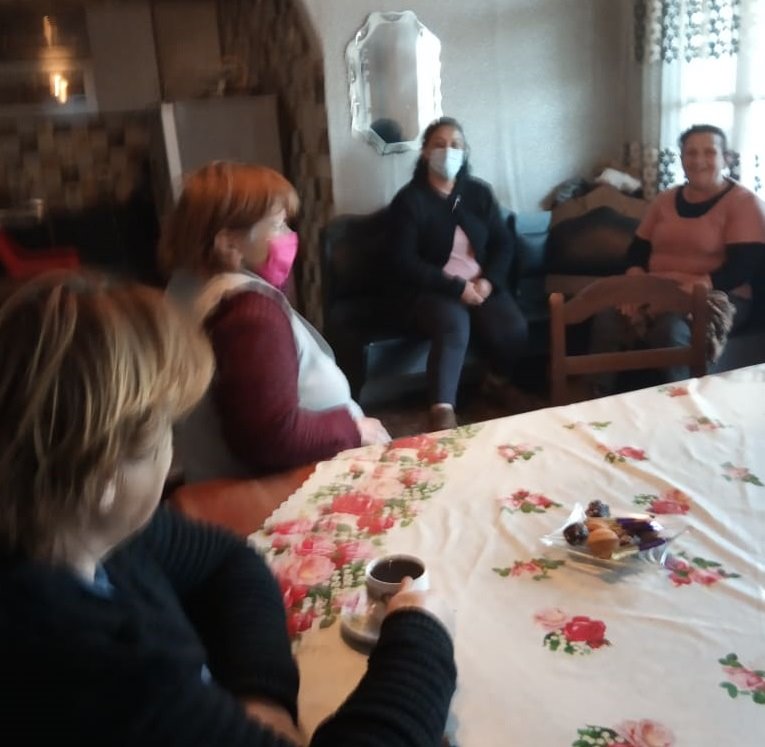 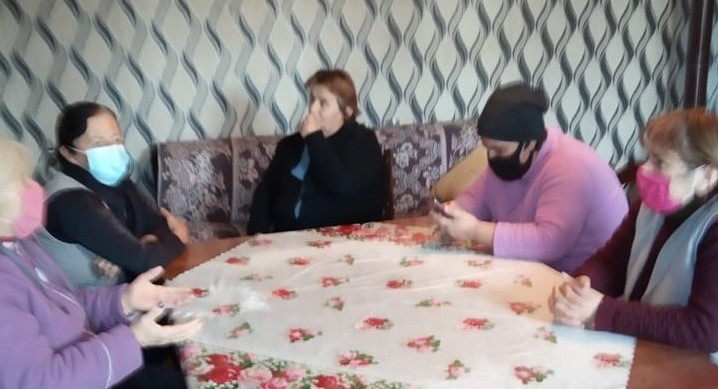 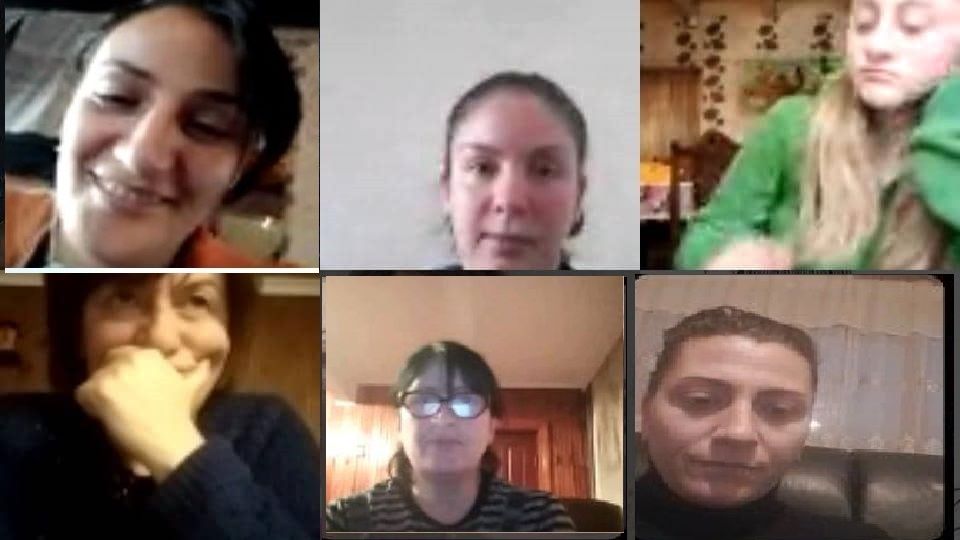 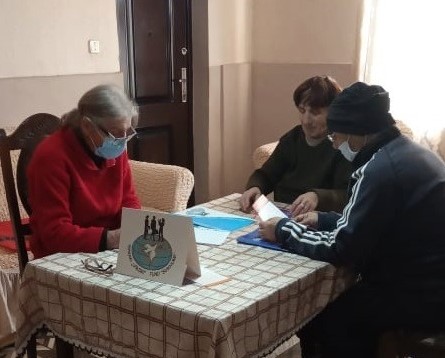 Women initiative groups of the Fund "Sukhumi" are actively working on problems that are urgent in the villages near the conflict line. During the period of Covid pandemic, new problems have arisen, some of them are individual and some of them general. Women activists discuss, analyze how to solve these problems, how to continue the advocacy process. The work of the Women Initiative Groups continues through cooperation with local governments until the problems are completely resolved. 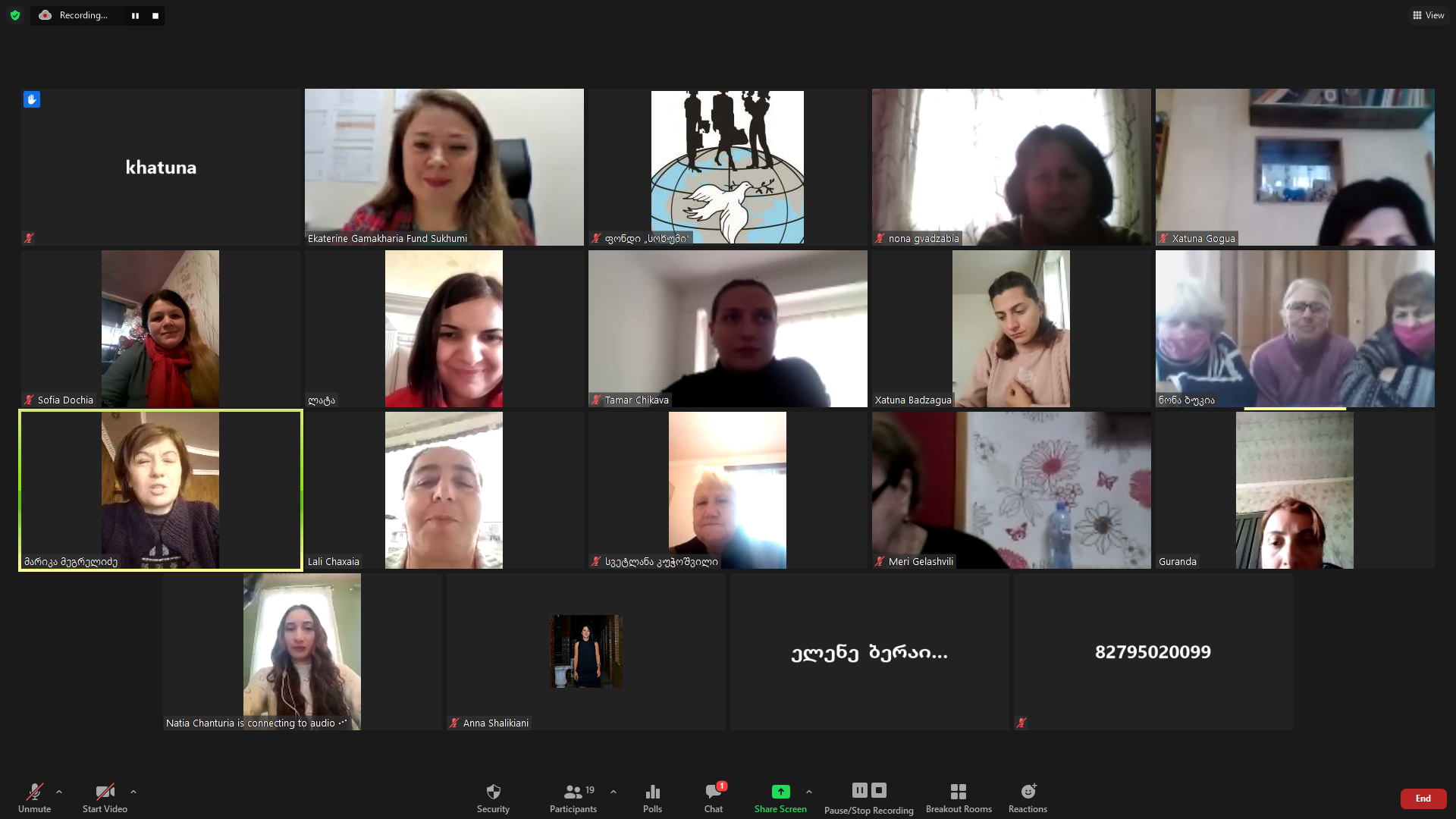 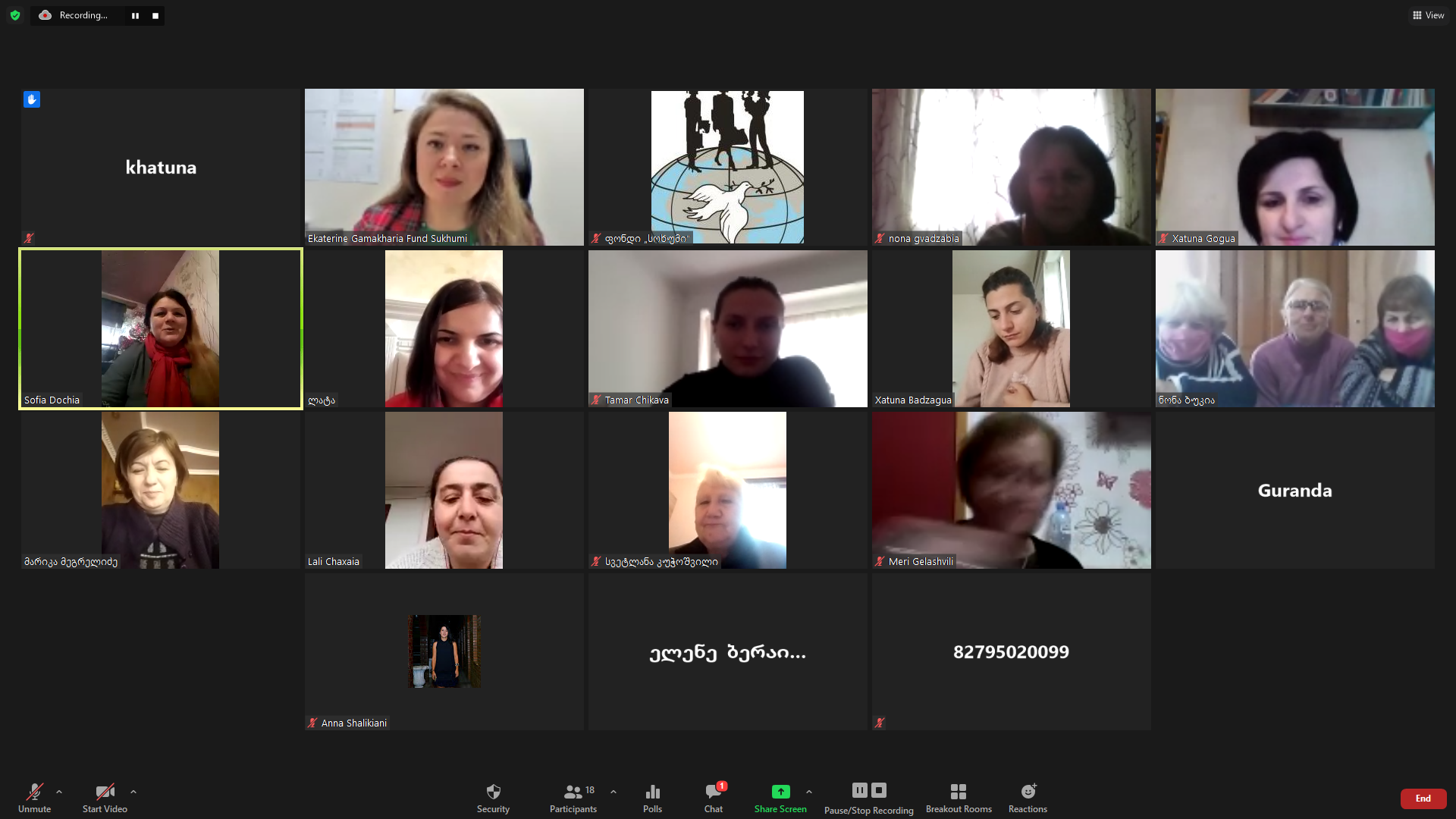 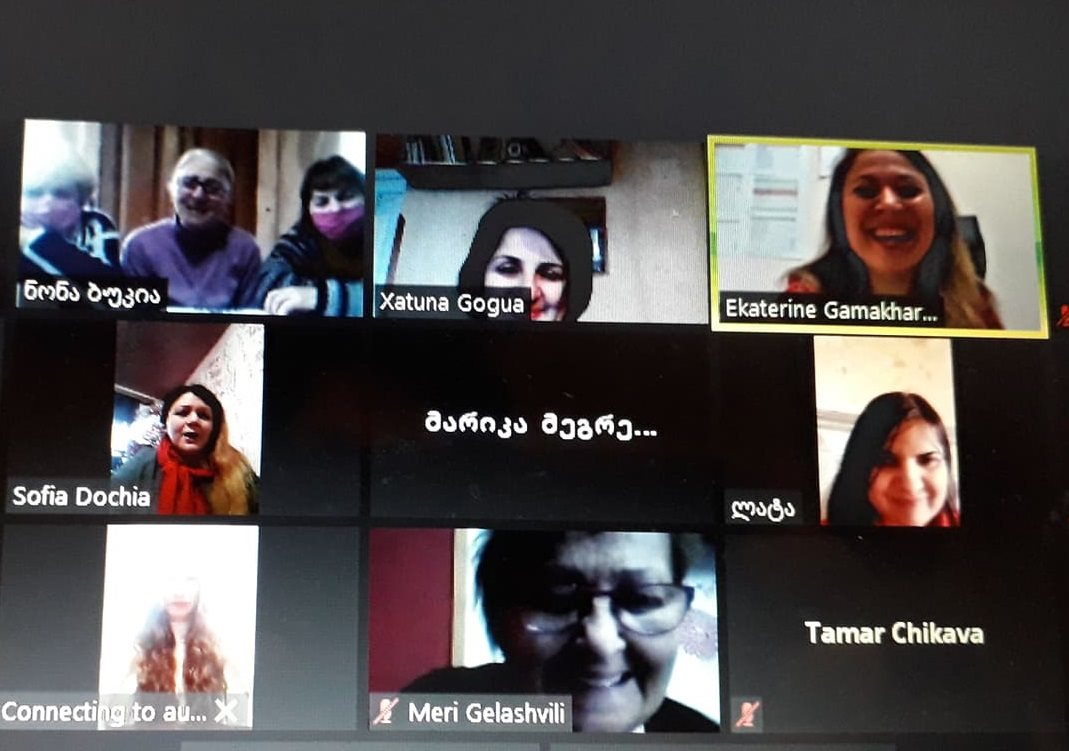 On the initiative of the Fund "Sukhumi", training was held on the topic "Gender Responsive Early Warning System for conflict." The training was attended by representatives of local governments of Kutaisi, Tskaltubo, Zugdidi and Tsalenjikha municipalities, members of the Gender Equality Councils, journalists, members of the Women Initiative Groups of the Fund "Sukhumi", women leaders of various communities.

The participants heard the information about the meaning and importance of introducing an early warning system for conflicts in local governments.

- What problems are especially urgent in the communities, how to respond to these problems, who is responsible in the advocacy process - practical work on these issues, was continued in different groups.

According to the participants, the training gave an opportunity for local government representatives and community activists to jointly discuss ways of problems’ solution. 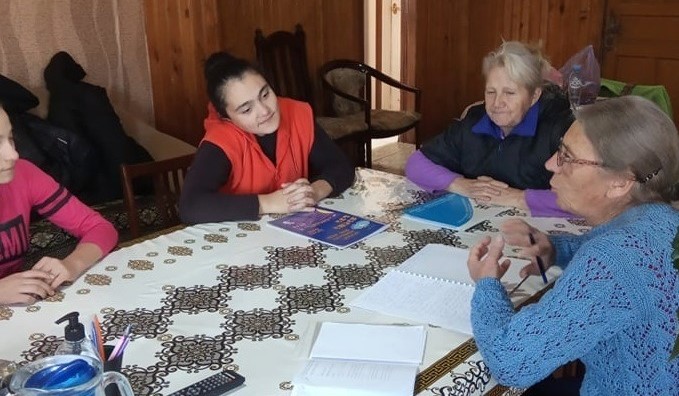 Women initiative groups continue the meetings in the villages near the conflict dividing line and discuss the problems of communities, which have been especially aggravated by the covid pandemic.

Fear of a pandemic, psychological needs, job loss, inaccessibility of medicines, lack of transport and restrictions on movement - this is a list of priority problems that are outlined in terms of advocacy for Women Initiative Groups. Advocacy will be continued together with local governments. 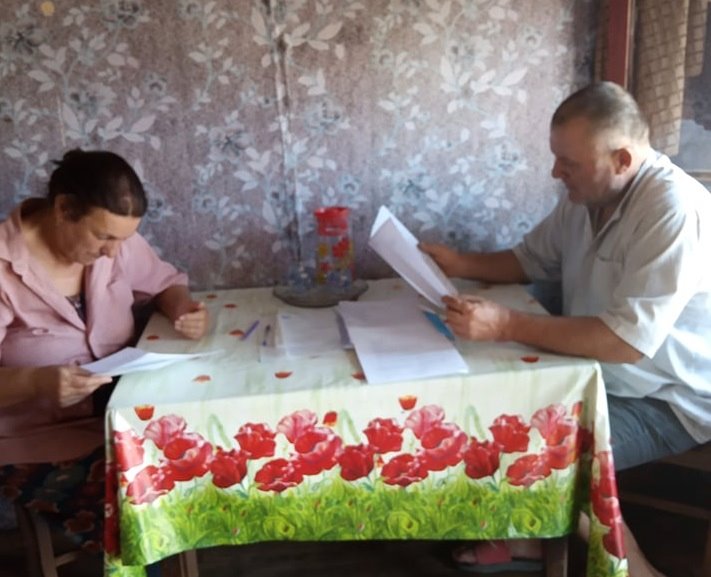 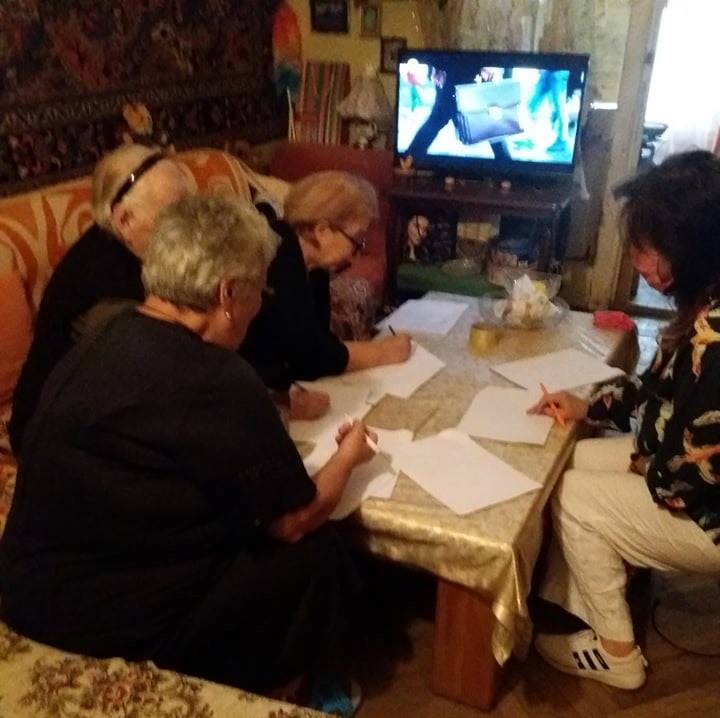 A rapid assessment on “Responding to the challenges caused by the post-Covid virus and studying the level of gender sensitivity” was completed. The survey was conducted in 11 municipalities, 580 people took part in the survey. 52 people were interviewed using the focus group method. The survey included beneficiaries living in Abkhazia. As a result of the analysis of the survey, it will be revealed, what is the impact of the covid pandemic on women, how their lives have changed, what are the challenges and what support  they need.

The project is implemented with the support of Kvinna till Kvinna,
women’s Foundation (Sweden)