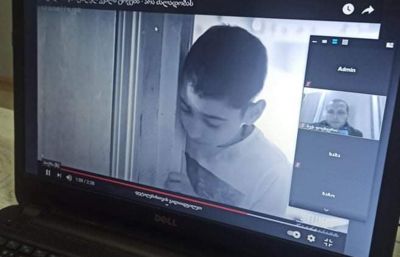 Work with boys was held online in January. Group and individual meetings were held with the schools of Terjola, Zugdidi, Tsalenjikha, Kutaisi, Senaki, Poti, Lanchkhuti, Ozurgeti and Kobuleti municipalities.

Most of the meetings were held on the Zoom platform, which made it possible to show videos and hold discussions.

“I chose videos on the topic of violence and bullying to better demonstrate the essence of the problem,” mentiones the trainer - Beka Potskhveria. - The boys actively discussed these actual problems and the facts reflected in the videos. According to them, a tolerant society will better combate bullying and violence.