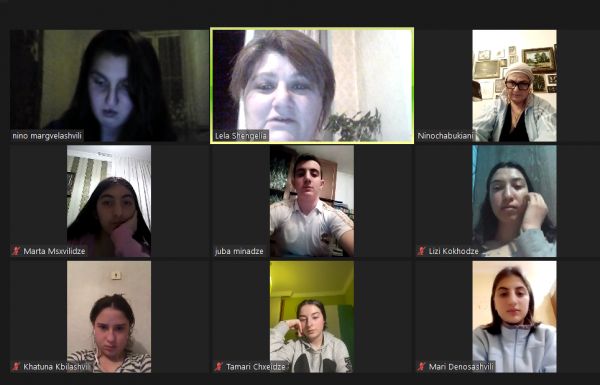 “It is necessary to talk about these topics at our age”, “Non-formal education gives us what we do not receive at school”, “I will definitely share this knowledge with everyone” - this is the feedback from the participants at the end of the training.

In the first half of May, 5 online trainings were held with young people from  Tsalenjikha, Chokhatauri, Bagdati, Zugdidi and Senaki municipalities on the following topics: reasons of conflict, tolerance and bullying.

Groups like this format, they are motivated and active, they are involved in discussions. Their frankness should be noted. Leaders are ready to hold informational meetings with peers and share their knowledge. They choose topics out of three directions presented at the training, and most important is that they are very serious and responsible towards their work.

Live meetings would be much more interesting with group work and role-games, but the Covid pandemic does not yet provide such an opportunity. 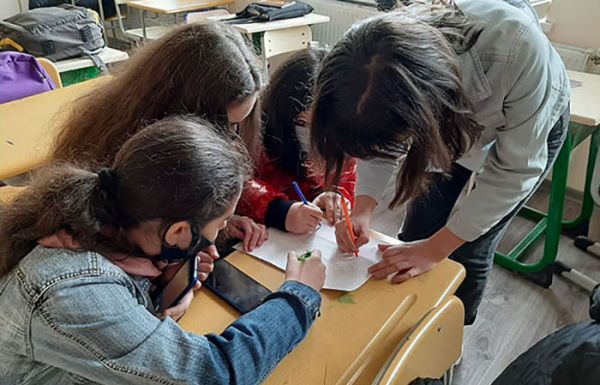 The article in the newspaper "New Education" starts like this:

Within the framework of the project "Strengthening the Women's Rights in Western Georgia", the Fund “Sukhumi” has started to establish youth centers in 10 cities of Western Georgia (Kobuleti, Senaki, Tsalenjikha, Zugdidi, Samtredia, Vani, Terjola, Tkibuli, Bagdati). In agreement with local governments and resource centers, the Fund “Sukhumi” cooperates with youth departments, on the basis of which youth empowerment centers are established. 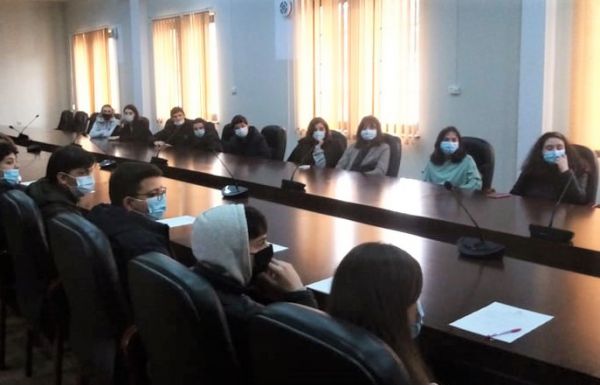 Work with the youth has moved to a new stage. Agreements were signed with local governments of 10 municipalities, and the Centers for Youth Empowerment have been established in cooperation with the Youth Departments.

Six-month training courses on leadership, conflict management and violence will be held for the pupils from different schools.

The first trainings have already been held: in Zugdidi and Terjola, trainers and students had the opportunity of live communication, as for Chokhatauri and Kobuleti groups, the work was conducted online.

All participants differed from each other, but they have common characteristic features: great interest in training issues, leadership skills, motivation to learn more ...

New working year in the Youth Clubs of the Fund "Sukhumi" started on January 16 with interesting meetings. The topic "Early Marriages" motivated the participants for an open discussion. They talked about stereotypical thinking, the role of parents and society. They gave examples of how a family created at an early age failed, how a 17-18 year old girl was left alone with a child. They underlined not only health or psychological, but also education and employment problems.

It was noted that young people should have responsible attitude towards marriage, and such discussions contribute to it.

Online meetings were held with students from 10 public schools. One part of the Youth Club members has already held informational meetings with peers on the topic of early marriage, and the second part plans to talk about this topical issue.