September 21 – international day of peace. By the initiative of Senaki WSC, there was held a lesson in peace in the School No1 of Senaki.

Students painted the colored balls with peacekeeping appeals. They wrote a clear message to the Abkhazian and South Ossetian counterparts. 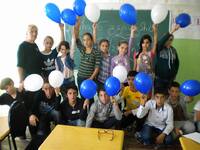 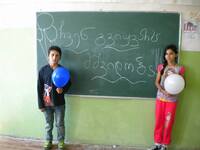 On September 21, the international day of peace on the initiative of Khoni Women Support Center, the lesson in peace was held in the school No4.

The pupils wrote “We love peace” on the blackboard.

And they said everything – they want to live in peaceful world, quietly and in comfort… 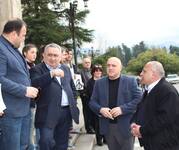 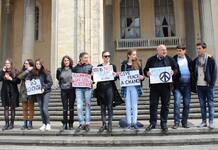 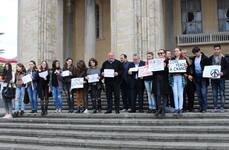 Youth Sakrebulo of Ozurgeti organized an action “Together – Against Violence” on central square of the city.

As the chairperson of the youth Sakrebulo claimed, the action is a protest against terroristic acts, that is often for the last period. The action was joined by the member of parliament – Zviad Kvachantiradze, Governeor of Guria – Gia Salukvadze, Mayor of Ozurgeti – Beglar Sioridze, representatives of state structures, NGO and media. It is very important the support for youth initiatives for the youth, which they feel from the side of governmental structures. 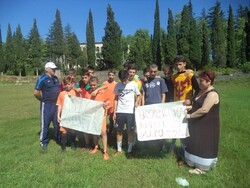 On June 27, in the village of Tskaltubo there was held an action of the youth with the slogan “No to violence”. Young people in rural communities have distributed information leaflets. With the help of action they protested against violence against women.

The action took place in the framework of the project Tskaltubo Women Support Center "Knowledge will overcome the violence." 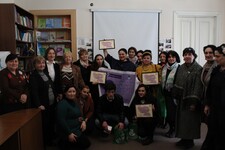 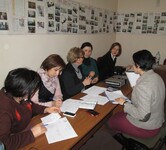 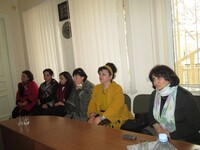 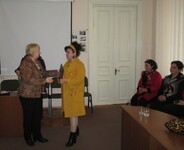 In the office of the fun “Sukhumi” there was held summarization of the competition in frames of “Women Solidarity Week”.

5 schools took part in it. They held an action, informational meetings, performances of the forum-theatre, competitions of topics, exhibitions…

The teachers and pupils talked about it during the summarizing meeting,

The winners and all the participants were awarded by diplomas and valuable gifts.