First performances of the forum theater in Ganmukhuri and Ozurgeti schools

Performances of the forum-theatre were held for the first time in Ganmukhuri (Zugdidi municipality) and Ozurgeti, so the first emotion was surprise.

The performances were attended by school directors and teachers. Topics of performances was domestic violence and the relationship between mother and children.

The audience accepted this form of expression well, they actively joined and looked for ways to avoid violence. There were discussions in both Ganmukhuri and Ozurgeti, and they expressed a desire to meet young actors of the Fund "Sukhumi" again. 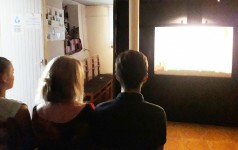 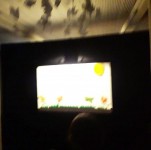 During last few months in the repertoire of the shadow theater of the Fund "Sukhumi" there appeared the play "Turnip". "Turnip", as the first play "Pirimze" is about kindness, friendship, equality, empathy. Children really like them both.

In September, the "Turnip" was shown twice in the office of the Fund “Sukhumi”. Invited children were very entertained - they liked the new and unusual atmosphere, music, good ending.

After the presentation, the actors talked with the children about the characters, friendship and when people are together, all problems can be solved.

Forum-theater in Tskaltubo and Ozurgeti 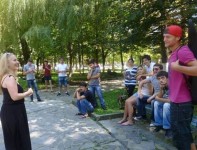 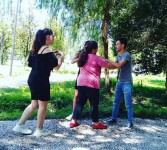 The forum-theater of the Fund "Sukhumi" held two presentations in August. The first was gheld in the central park of Tskaltubo. It was attended by local people and holidaymakers. The most impressive scene out of the five were the scenes of domestic violence (among husband and wife and mother and son). The inclusion of spectators, who were able to resolve conflict situations was also very interesting.

In the center of Ozurgeti the performances of  the forum – theatre were shown for the first time. Therefore, there were many questions. 6 performances were shown. The first scene scared the spectator, but after the second scene an active discussion began. There was a variety of opinions, but everyone believes that violence of any kind is unacceptable. 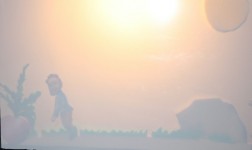 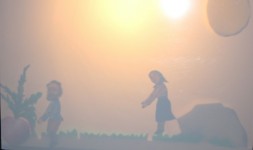 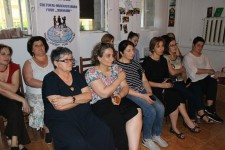 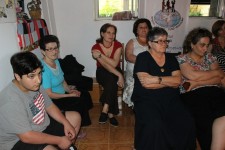 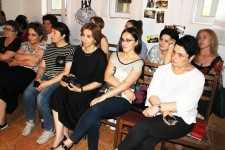 Forum-theater and Shadow Theater – is a visit card of the Fund "Sukhumi".

Young actors have tens of performances of the forum-theater on conflict and violence and two performances of shadow theatre on equality. The first play "Pirimze" was created several years ago in frames of one of the projects of Kutaisi Gender Advisory Council (editor - Levan Gabrichidze). The presentation took place in the puppet theater and the performance was successfully presented in schools and kindergartens of Western Georgia.

On June 21, the performance of the shadow theatre “Turnip” was held in Kutaisi, in the office of the Fund "Sukhumi".

The active two-month work of editor Magda Chikhladze and the actors’ group, recording, musical design, rehearsals in Kutaisi drama theater after Lado Meskhishvili ended with a premiere. "Turnip", and as the first play "Pirimze" – shows common efforts for good deeds, support and empathy, equality, the victory of kindness.