Performances of the shadow theatre in Khoni 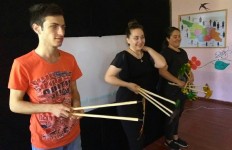 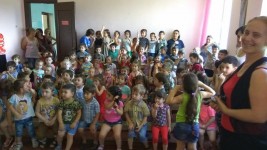 The children liked performance, songs, puppets. Educators and parents thanked the young actors of the fund “Sukhumi”. Teachers of the kindergarten expressed a desire to show the performance for the new group in September.

Forum-theater - with Kutaisi and Senaki audience 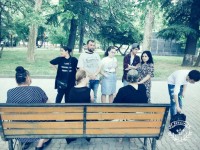 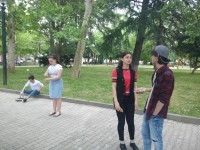 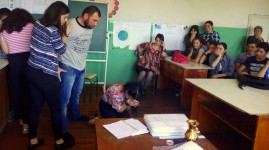 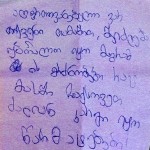 In May, the forum-theater met Kutaisi and Senak audience.

In Kutaisi, the performances was held in the park. It was attended mostly by the  representatives of the older generation. They actively joined the discussion, they liked some scenes, they did not agree with some of the scenes. They did not even want to be shown into the focus of camera…

In Senaki, the forum-theater was held in school. Pupils and teachers were pleased, they joined all 7 scenes, and they expressed a desire for new meetings.

The Shadow Theater in Kutaisi 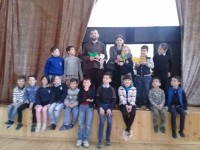 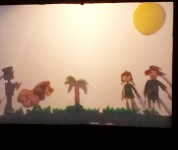 Performance of the shadow theater was held in school No2 and kindergarten No. 20 in Kutaisi. The name of performance was Pirimze. It amused the kids. They saw that everyone should be equal, and the kindness wins. 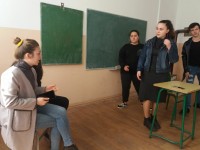 Two performances were plays by the forum-theater of the Fund "Sukhumi". In the Youth Center of Terjola 4 scenes were played, and 5 scenes in the school of the village Lesa (Lanchkhuti Municipality). After the presentations, the discussions took place. The teachers were also involved. They talked about violence against women and the main reason which they named was jealousy. Some of the spectators protested that this does not happen in their families. Although the majority believes that work on prevention is necessary and forum-theater is an effective form in this regard.

The project is implemented with the support of the organization