Women Support Center these are the branches of the Fund “Sukhumi” in Kutaisi, Tskaltubo, Khoni, Terjola, Senaki, Poti, Khurcha / Koki (Zugdidi Municipality), Lanchkhuti, Ozurgeti, created since 2009. The centers are designed to strengthen women, provide social, psychological, legal assistance to women - victims of violence and to crisis families in a difficult life situation. They promote to the protection of women's rights and ensure their socio-psychological rehabilitation.

"For a Healthy Generation" - a project in Pakhulani

“For a Healthy Generation” - a project of Pakhulani Women Support Center (Tsalenjikha Municipality) addresses the problem of domestic violence and bullying. According to the project, an on-line informational meeting with the school teachers was held. A lawyer and a psychologist attended the meeting. They talked about teenagers who are in a difficult situation. It was noted how important it is to identify such facts and respond in a timely manner, so that the violence does not leave an irreparable mark on the child. The participants were also given information about municipal services of the local budget and regulations developed for the prevention of  COVID-19. 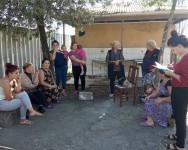 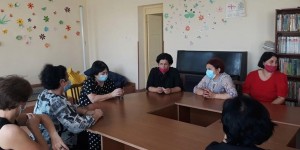 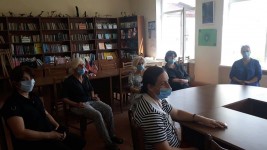 In the framework of the project "Protect ourselves from bullying", an online meeting was held with the involvement of a lawyer and a psychologist in the village Koki. The meeting participants - parents and teachers received information on how bullying negatively affects the psychology of a teenager. The emphasis was on cyber bullying and the importance of detecting it, as well as mechanisms that will help in responding to specific facts.

The second small project "Break the silence, overcome the violence" is being implemented in the village Khurcha. An informational meeting was held with the beneficiaries and the participants were given information about the mechanisms by which they can identify the facts of violence and achieve timely prevention. 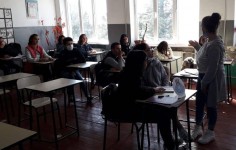 Two projects are being implemented in Senaki Women Support Center. An online information meeting was held with the parents of pupils of target kindergartens. The lawyer of the Fund “Sukhumi” talked with them about responding to the facts of domestic violence, about the regulations related to COVID-19. The psychologist gave advice on managing stress.

With the involvement of a psychologist, a meeting was also held with students from the village Nosiri on the topic of bullying. The conversation touched the impact of bullying on adolescents, as well as response mechanisms. In the framework of the project, a youth group was created, and one of the group's activists held a meeting with primary school students on bullying.

Practical and necessary work on the computer course 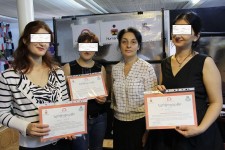 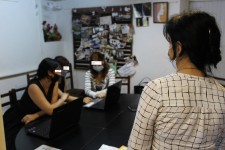 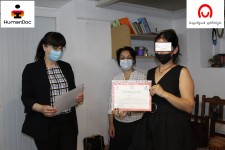 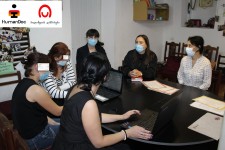 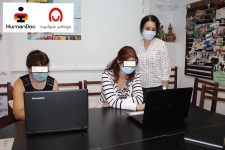 Office computer programs, preparation of presentations, working on the Internet, searching for information, qualified work with e-mail - these questions were studied by one group of women in the Day Center of the Fund "Sukhumi".

At the end of the courses, the participants noted that this was a practical and necessary work that would help them in employment. This is one of the goals of the courses.