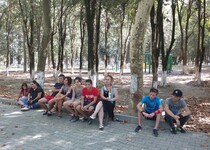 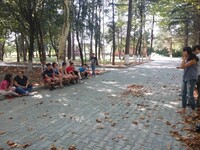 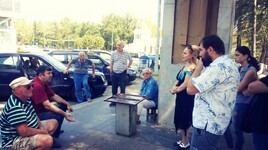 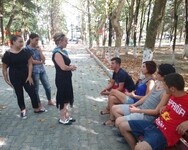 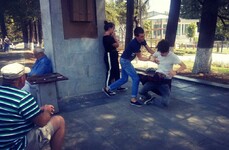 On August 26 in the central park of Kutaisi there was held a presentation of the forum-theatre. The topic for discussion was the scene of conflict between father and children,

On August 27 in the square of Tskaltubo there was held a forum-theatre. During the scene of domestic violence the policemen came and asked what was happening. One of the actors gave information about the forum-theatre. They quite rudely said that similar scenes should be played in the theatre as there are many tourist in the city and they will not understand.

The audience of the forum-theatre was not only youth, but also adults. During these meetings there were interesting discussions. The audience listened with attention.