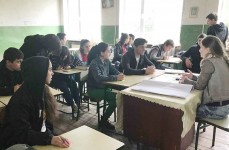 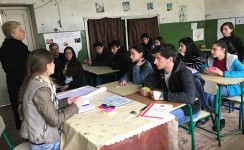 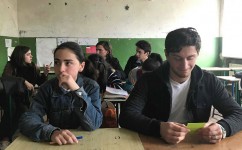 A meeting with a representative of the Mayor in the village Nosiri was held in frames of the project of Senaki Women Support Center, and a workshop on the topic “Alcohol and its harmful effects” was held with the students of upper grades. The work took place against the backdrop of the activity of young people. The teachers mentioned the importance of such meetings and promotion of a healthy lifestyle. At the end of the meeting, an initiative group was formed, which will take part in the activities planned under the project.