Two performances of the theater of shadows in Tskaltubo municipality 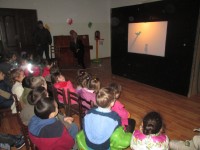 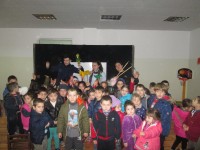 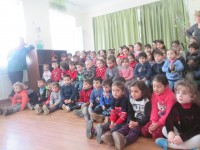 The Theater of Shadows held two performances in Tskaltubo Municipality - in kindergarten No. 4 and in the kindergarten of the village of Partkhanakanevi. The play "Pirimze" was shown. The children were very cheerful. They saw that everyone should be equal, and friendship always defeats evil. 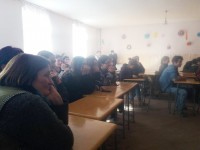 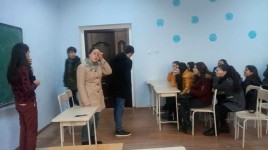 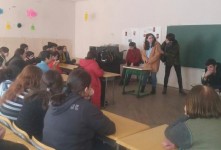 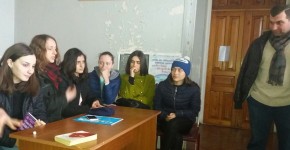 The project "Promoting non-violent conflict resolution among youth through trainings in Western Georgia" is coming to its completion.

In February, the forum theater took place and discussions were held with young people on different types of conflict. Interest everywhere was high, as the conflict accompanies our everyday life.

Discussions were held at the Youth Resource Center of Ozurgeti, at the Batumi University, in the public schools of Senaki, Khoni, Poti and Koki (Zugdidi Municipality). 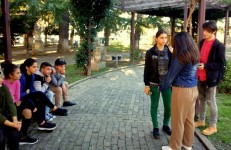 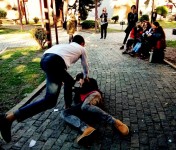 In October, the forum-theater of the Fund "Sukhumi" was held. Young actors were first at school # 1 in the village Geguti (Tskaltubo municipality). Teenagers received visitors with interest. These ideas for them were new and unusual. It was played 4 scenes. An active discussion did not take place, but the audience was asked to come again and meet with a wider audience.

The second meeting was held in Kutaisi, in the park of love. There were 6 scenes played. There was an active discussion, involvement of participants, a conversation about their own problems. The actors listened to stories that after some period will become forum theater presentations. 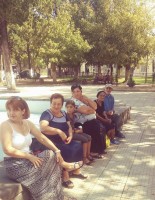 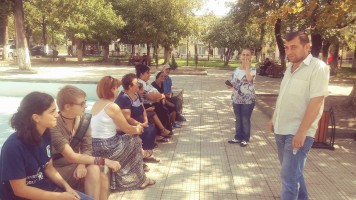 Six shows of the forum-theater of the Fund "Sukhumi" with interesting discussions and stories were shown in the central park of Senaki. After the scene, built on the conflict between mother and daughter, the discussion lasted more than 20 minutes. This is how the viewers express their interest in the forum theater and the questions posed to them.