Combined format of the meetings with lawyer 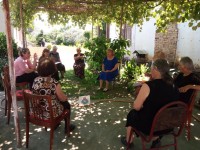 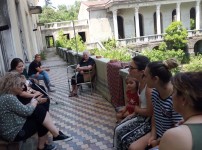 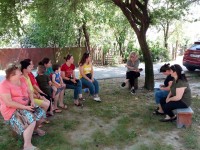 The lawyer’s meetings in June were of a combined format – both: remote and online consultations were held, as well as direct meetings in the regions with different groups. Meetings on the needs of the beneficiaries were organized by the mobilizers of the Women Support Centers of Khoni, Senaki, Pakhulani (Tsalenjikha Municipality), Tskaltubo, Khurcha / Koki (Zugdidi Municipality).

For the first time, a meeting of a lawyer was held in Kobuleti, since the Women's Support Center was already established there, and the first activities began.