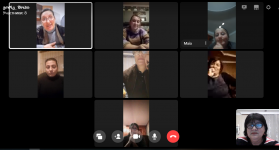 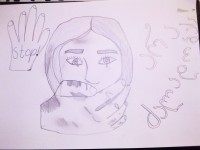 Pakhulani Women Support Center (Tsalenjikha municipality) actively joined the 16-day campaign through the activities of the small project “For a Healthy Generation”.

During these days, visions of young people regarding violence were actively noted, an essay and drawing competition was held, and the masks were distributed to vulnerable groups. Informational meetings with women, workshops with teachers of target schools and parents were also held.